Well, it has been well over a year since I wrote my last blog.  So much has happened and I have so much I would love to tell you about but I will keep it short.  This past year, I have been absolutely blown away by how many amazing women God has brought to our ministry.  One of them is our student testimony on the Staff page of our website.  I could post story after story like that.  God is doing such amazing things in the lives of the women in our ministry.  My spring and summer were spent getting to know the women I didn’t know as well and putting together our women’s leader team for the 2014-2015 school year.  It blows me away but we have 26 women core facilitators this year at UTD.  I wish I could personally introduce you to each of them.  I will take pictures and post them soon.:)

These women have done such a great job of meeting other students and inviting them to different events on campus and to events we (FOCUS) have had.  Last week we had our first large group meeting of the year and there were so many new faces.  Sloan, a corefa from last year who is leading again this year, really was touched by the service when she saw girls from her core last year reaching out and befriending new people.  Sloan told me she teared up when she saw a girl she met in the café a couple years ago who was not a Christian at the time reaching out and inviting people to her own core.  Katy, a past intern was sitting during the service reflecting back on when she lead core the first time.  She remembers sitting in the very room we were meeting in writing a vision for what UTD FOCUS could look like.  She said she was so touched when she got to see the vision being realized Friday night.

This past weekend we had a FOCUS leader retreat with leaders from all of the campuses we are at.  We have almost 150 LEADERS in FOCUS this year.  That blows my mind and is so encouraging to me.  My heart breaks when I think of our city and see how many people don’t know God.  All of the sacrifices that have been made for us to have the Bible, in our own language, so accessible to us and there are so many people who don’t know the good news.  150 leaders excites me because of what they can do to change that.  They start on a college campus but will change the world.  God is so good and loves us so much!  The kingdom of God is near!

Please continue in your prayers for us! 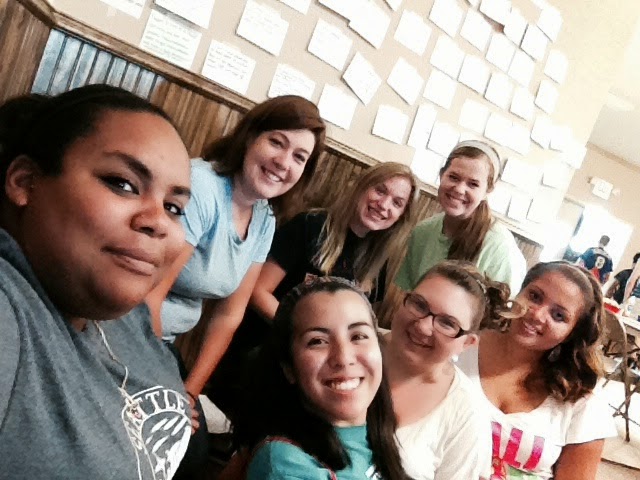 Peer Team Girls this weekend at the retreat 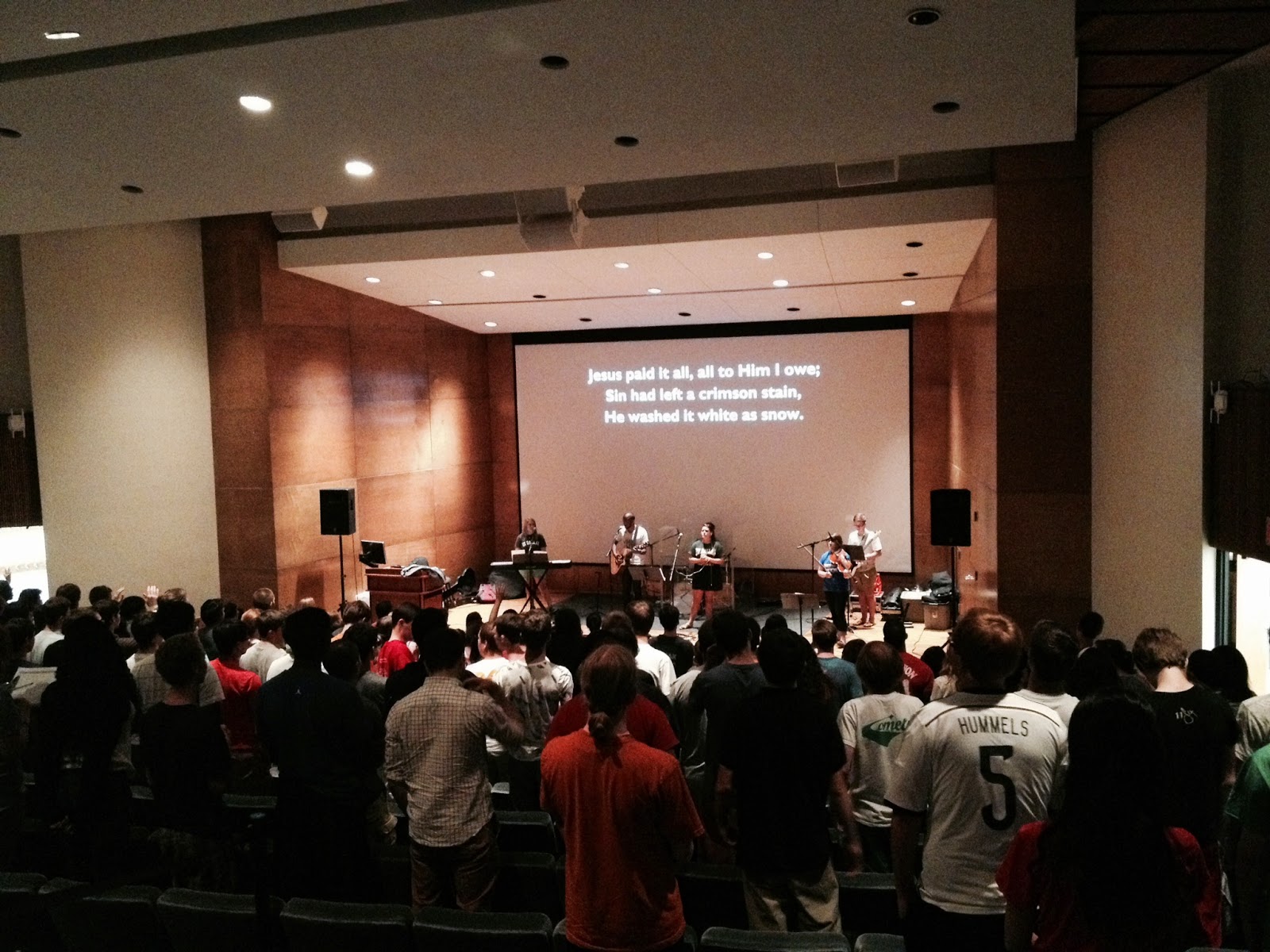 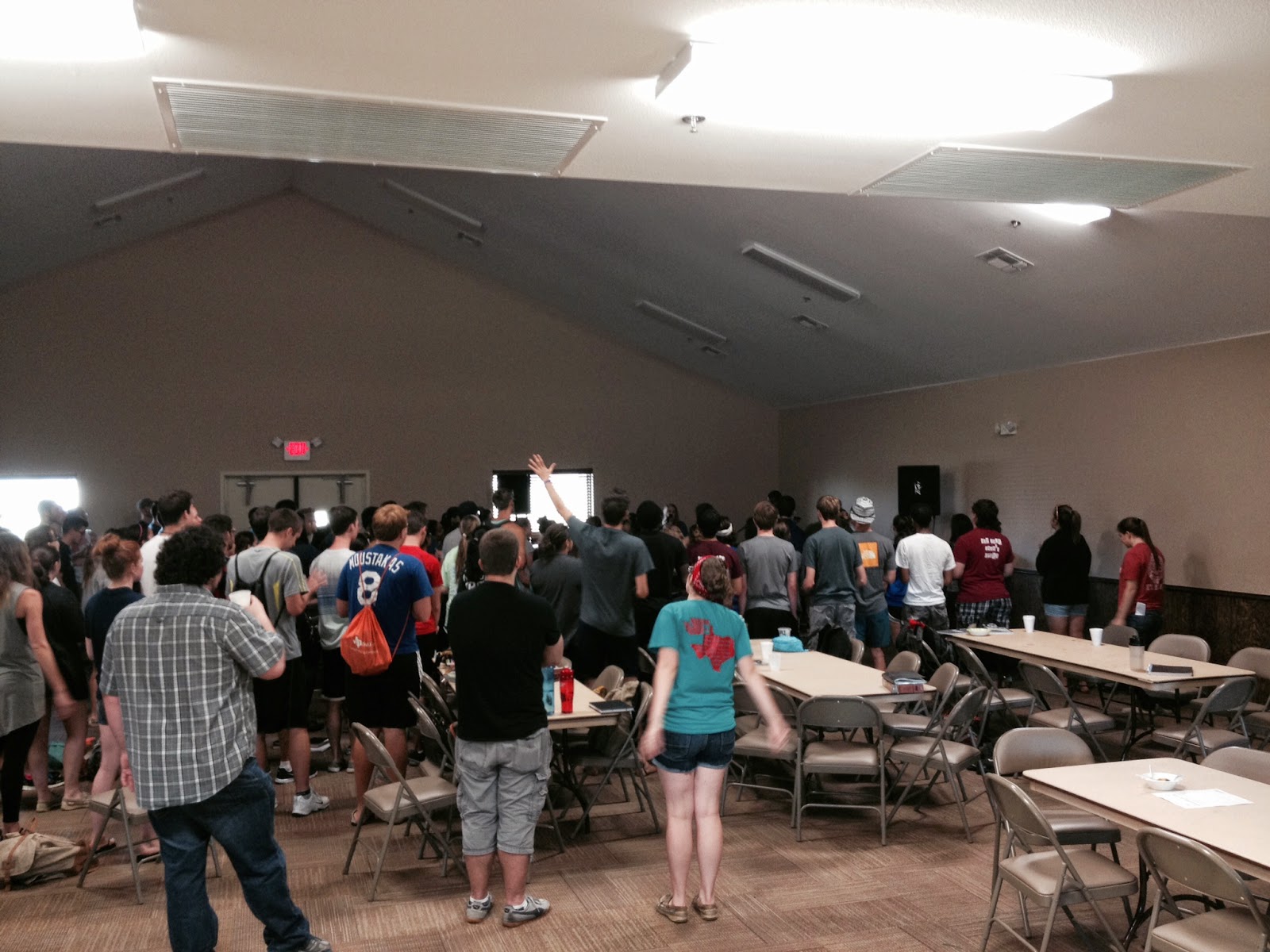 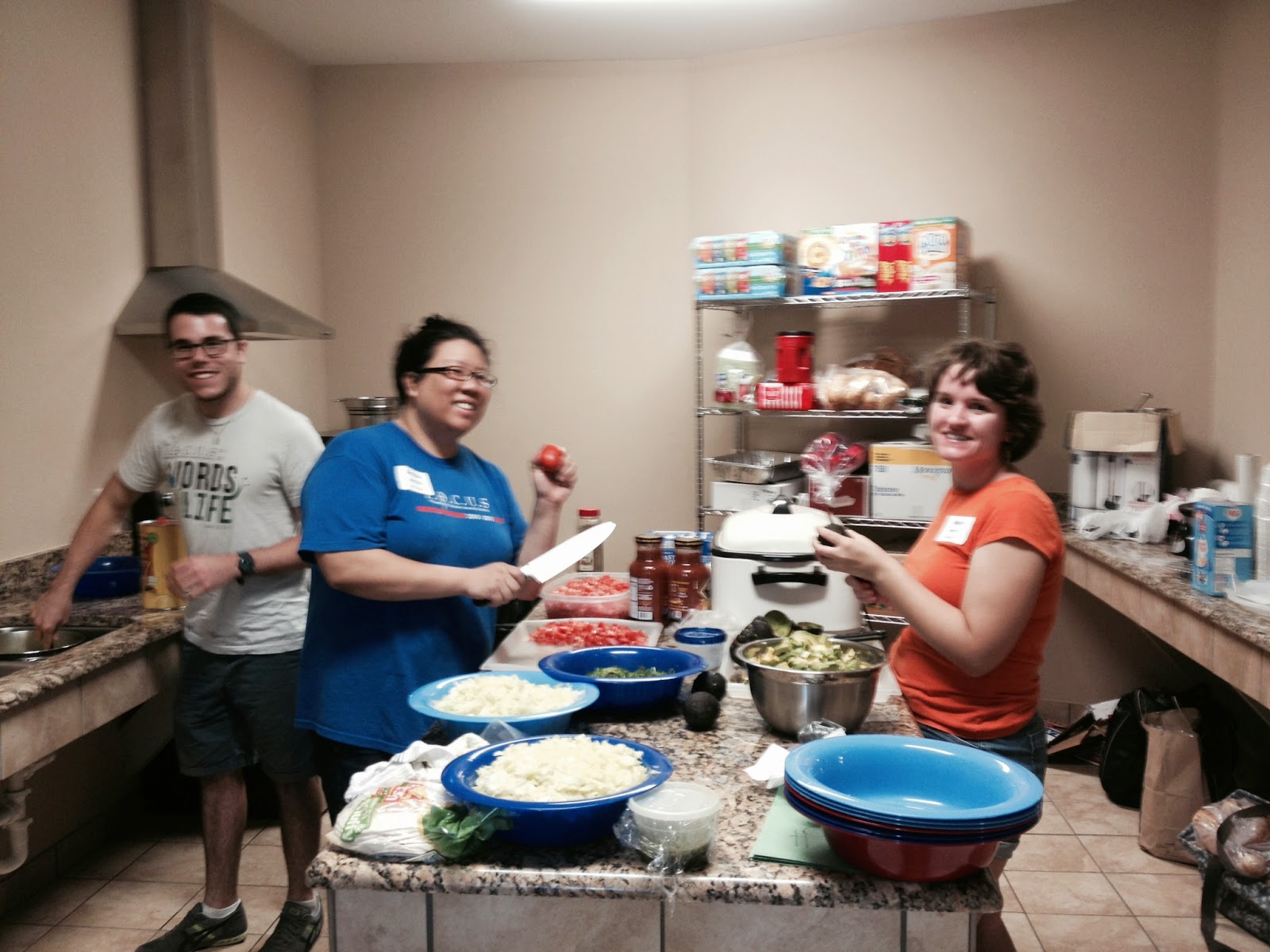 The Chefs this weekend at the retreat
(Yes, we were crazy and made 3 meals for 150 people!)